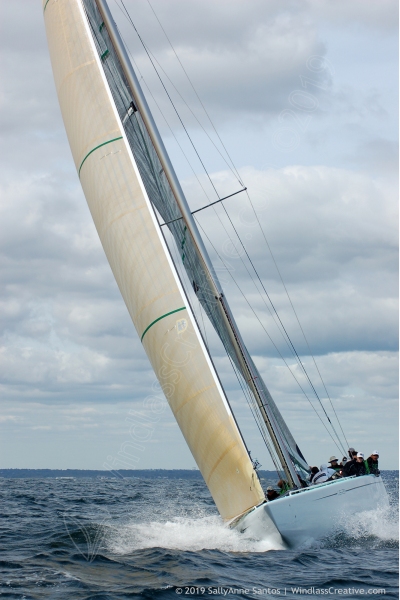 2002- present
Courageous is actively raced by a group of veteran America’s Cup 12 Metre sailors based in Newport, RI. This new Courageous Syndicate undertook a major restoration to bringing her back to top racing form within the 12 Metre fleet.

1997
Courageous was donated to the Museum of Yachting in Newport, RI.

1993-1997
The Courageous Sailing Center was founded at the Boston Navy Yard to assist wheel-chair bound people in learning to sail. In 1997, Courageous was donated to the Museum of Yachting in Newport, RI.

1980-1993
Ted Turner purchased and re-named her Courageous II, and raced her in the 1980 Defender Trials against Freedom and Clipper. She also entered the Defender Trials in 1982, although she was unsuccessful in this bid for Cup competition, she won the Lipton Memorial Trophy (NYYC) in 1983. Sold to the Courageous Syndicate, Inc. (David Vietor and Leonard Green) had her modified several times and added a new winglet to her keel before sending her to Freemantle, Australia as a challenger in 1986 under the name Courageous IV. Unfortunately, none of the alterations could make her a winner at these Challenger Trials.

1977-1979
She was altered by Ted Hood at the US Merchant Marine Academy at Kings Point, NY to comply with the new 12 Metre rule. The main winches were placed on deck, 850 kilos were added to her ballast and the rudder was moved forward to reduce her waterline. In the 1977 Defender Trials, skippered by Ted Turner, she outperformed Independence and Enterprise. In the match she easily won 4-0 against Alan Bond’s Australia. With this victory, she became the second 12 (after Intrepid) to successfully defended the Cup twice.

1974-1976
David Pedrick assisted Olin Stephens with the design of Courageous for the 22nd America’s Cup. She was a landmark in the design of 12s, the first to be built in aluminum alloy according to LLoyd’s scantling rules.  She was a light boat with conservative, elegant lines and one of the first to have a computer system installed onboard enabling tuning and sail testing.  First skippered by Bob Bavier, later replaced by Ted Hood she bested Heritage, Intrepid and Valiant in the Defender Trials. Skippered by Ted Hood, with Dennis Conner as starting helmsman, she defeated Australia’s Southern Cross for the 1974 America’s Cup and also won the Chandler Hovey Gold Bowl (NYYC) that year.