DEFENDER (US-33) was optimistically named “Defender” in anticipation of the role she hoped to play at the competition for the 25th America’s Cup Races in 1983. Designed by David Pedrick, she was built at Newport Offshore, LTD, in Newport, RI in 1982. Despite being masterfully skippered by Tom Blackaller, she was out-paced by both Liberty (US-40) and Courageouss (US-26) in the elimination Trials. After spending the late 1980s-1990s on the West Coast and from 2000-2010 in Florida, she was purchased and given a complete restoration by Dennis Williams. After successful racing seasons in Newport (2015-2017) she was donated to the United States Merchant Marine Academy Sailing Foundation in 2019.

POINT OF INTEREST:  After undergoing a complete refit courtesy of her then-owner Dennis Williams, US-33 took first place in her division at the New York Yacht Club’s 163rd Annual Regatta Around the Island Race / METREFEST NEWPORT on June 9, 2017. It was her debut return to the racecourse after 23 years! 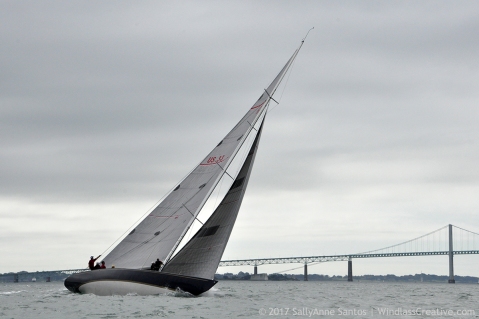 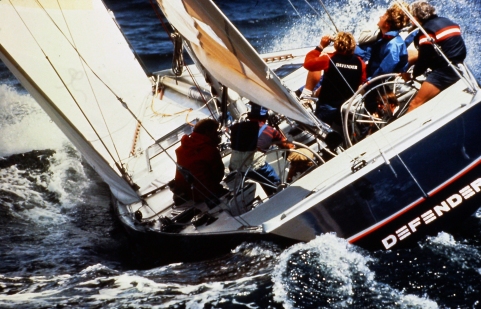 Dennis Williams at the helm of US-33 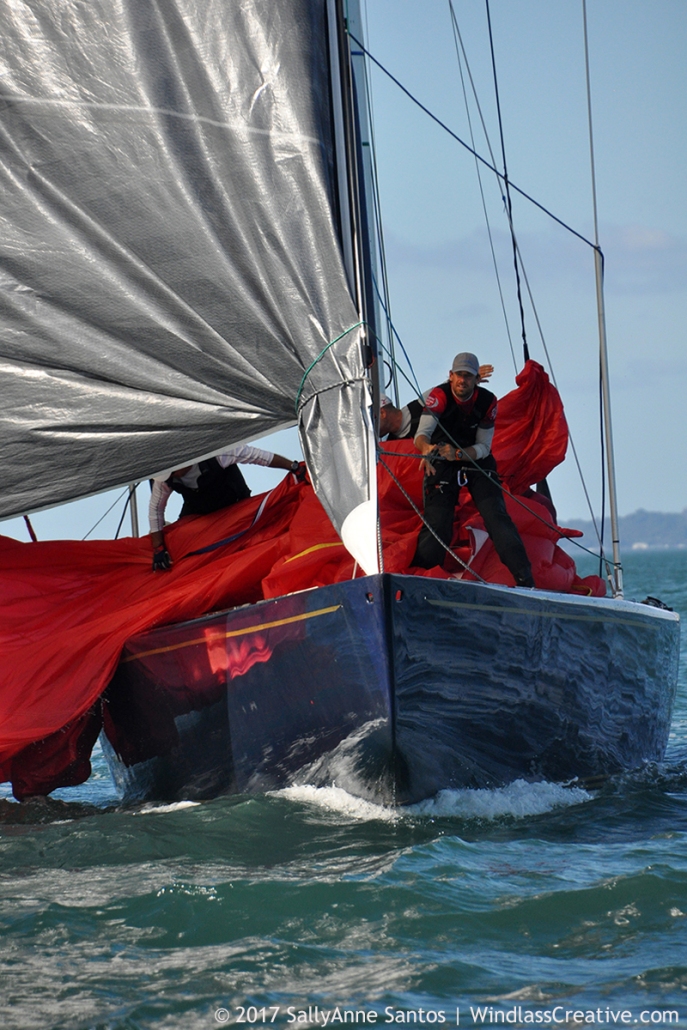 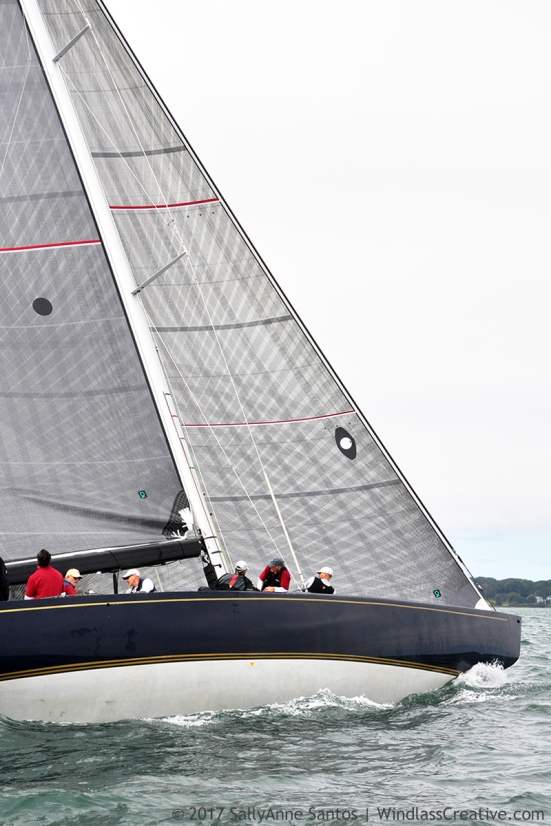