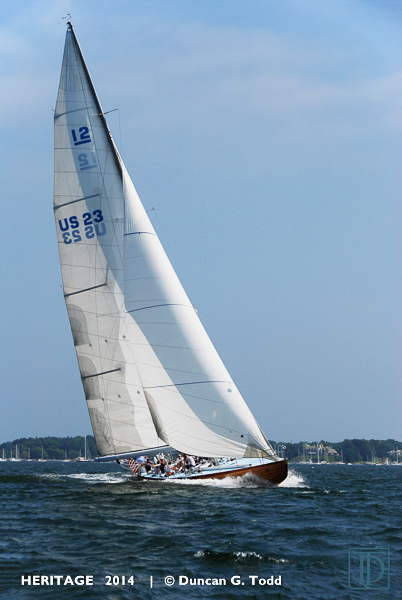 2013-present
Heritage was purchased by Eli Massar and Emily Pollack

1976
Now owned by Don Wildman of Chicago, IL, she was altered to IOR rating including a redesigned keel and rudder and a new masthead rig. She was raced extensively in the Great Lakes, the Caribbean, and on the West Coast. By 1985 she had been donated to the Sea Scouts of America.

1970-1973
Charles E. Morgan was a renowned designer, yacht builder, sailmaker and ocean racer. To enter as a challenger in the America’s Cup he sold his business, Morgan Yachts to finance his campaign. Although Heritage was a “splendid” 12, inspired by Intrepid, she had more wetted surface and displacement and so was not competitive.