NEFERTITI (US-19) was designed by Frederick “Ted” Hood for the 1962 America’s Cup Defender Trials and built in record time. “Neffy” as she is affectionately known, was launched just 96 days after building plans were delivered to the yard! US-19 was an innovative design featuring the widest beam of any 12 built to that date. She was very fast in strong wind, but unfortunately the ’62 Defender selection finals were raced in light air and Hood’s AC hopes were dashed by Philip Rhodes’ light-air-loving Weatherly (US-17).

In 1967, after some alterations by Hood, she served as the trial horse for Australia’s AC contender Dame Pattie (KA-2). Throughout the intervening years Neffy called Greece, the West Indies, Australia and South Africa home until 1996 when she was purchased by America’s Cup Charters and returned to Newport. Sears Wullschleger owned Nefertiti from 1998-2019, he raced her frequently while she remained in charter service with ACC. Nefertiti, now with 12 Meter Yacht Charters’ fleet, is owned by Jack Klink who raced and chartered her throughout the limited 2020 sailing season

Meet Nefertiti’s new owner (2020) Jack Klinck:
In February 2020, Jack Klinck of Chestnut Hill, MA realized his long-time dream of owning a 12mR when he purchased Nefertiti (US-19). Jack met Kevin Hegarty, owner of 12 Meter Yacht Charters, several years ago when considering the purchase of Columbia (US-16). Although that did not come to pass, the two became fast friends and when the opportunity to acquire Nefertiti came along the friends became partners. 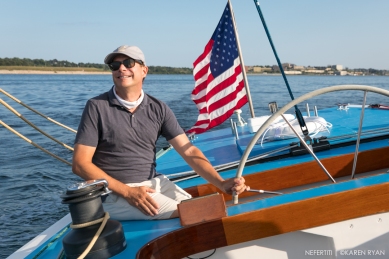 As a young boy, Jack first cast-off on an old wooden Sailfish with canvas sails on Lake Dunmore in Middlebury, VT—he told us “once flipped, it was nearly impossible to right!” (The Sailfish was the predecessor of the Sunfish.) Now he is the father of three children who also love sailing. His youngest, Mason served as part-time Neffy crew member last summer and all three will likely fill race team positions in the future.

Jack told us that he feels “honored to be Nefertiti’s steward, a member of Newport’s iconic racing fleet and hopes that his investment will help to secure the legacy and future of the 12mR Class.” 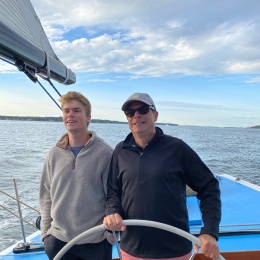 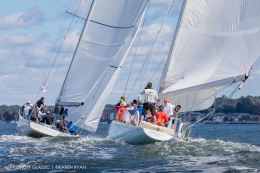 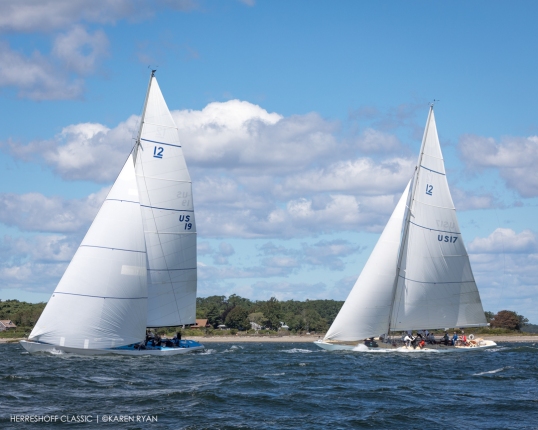 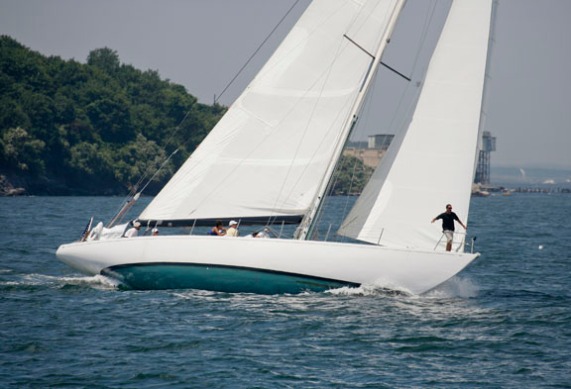 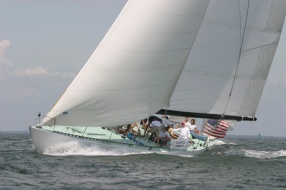 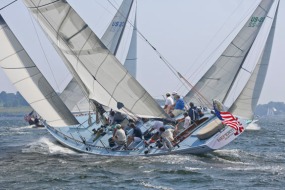 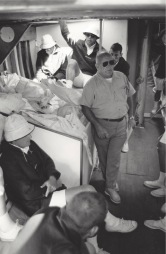 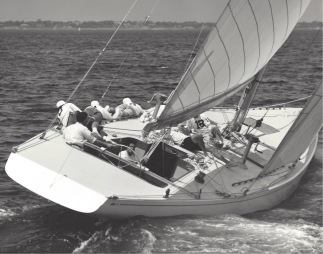 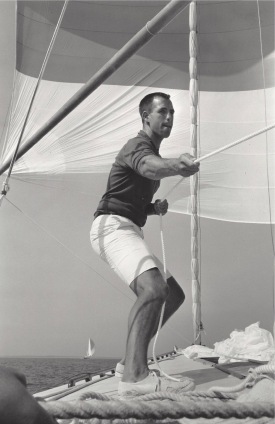 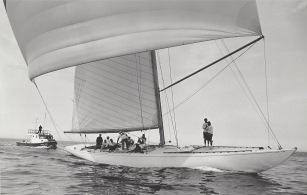 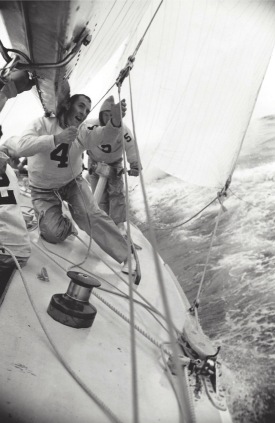 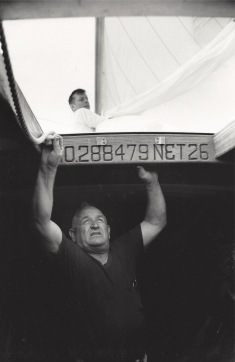 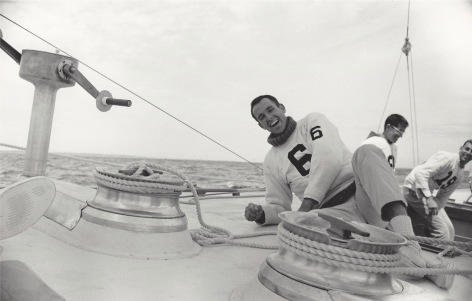