My fascination with 12 Metres began in the mid ‘70’s in Marblehead (MA)  when Courageous (US-26) and Independence (US-28) were preparing for the ’77 America’s Cup. Just standing on the deck of Courageous at the town landing was a thrill, knowing I’d never sail a 12mR… but it was okay to dream… 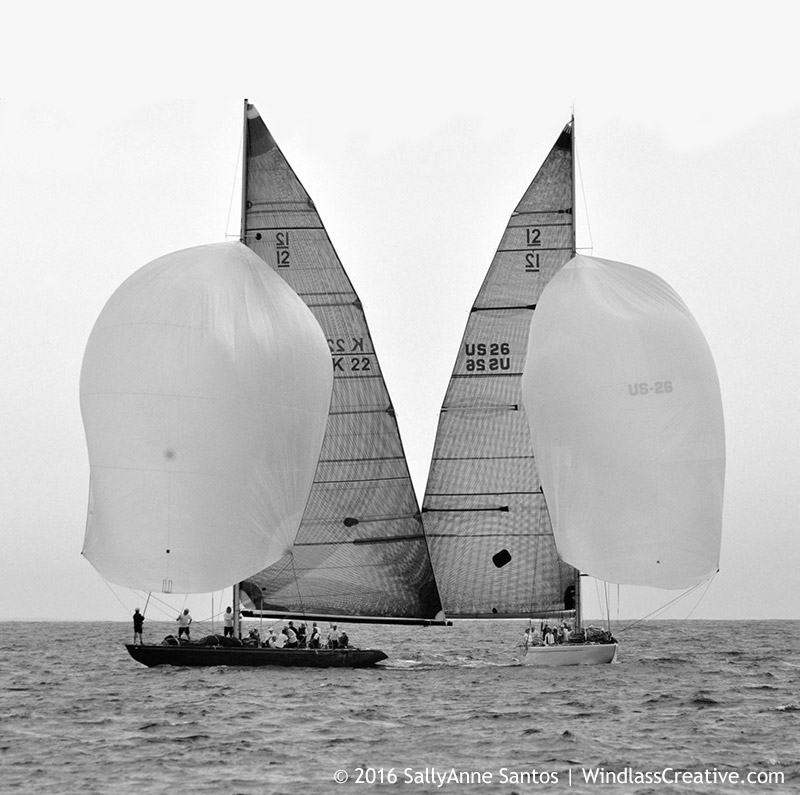 Fast forward 30 years. Roseanne and I were off for a week of cruising and en route from Nantucket to Edgartown (MA). As we rounded the northern tip of Chappaquiddick Island, we spotted a number of large boats racing around the buoys. Closer inspection revealed they were 12mRs. We watched the racing for a few minutes and then headed into the harbor. Later, we watched them raft up at the Edgartown Yacht Club. It was an impressive sight! In the morning, we decided that a closer look was in order. Uh oh…..the flame that was started in the ‘70’s was starting to burn a little brighter. Perhaps we should buy a 12mR?

We started talking with Jim Gretzky about 12mRs. Roseanne and I had seen Defender (US-33) many times as we drove past Cracker Boy Marina in Riviera Beach where she had been sitting on the hard for many years. Jim had been the project designer for the boat when she was built back in ’82, so she quickly moved to the top of the list. We looked at the boat, met the owner and tried hard to make a deal, but to no avail. That was the end of the Defender story…. for then. Stay tuned, she makes another appearance later in this story.

Jim activated his 12mR network and another great boat popped up…Victory 83 (K-22). She had been in a boatyard in Cogolin, France for several years. Roseanne, Jim and I packed our bags and headed to France to take a look. We asked Ian Howlett, Victory’s designer to meet us there. We found Victory in the back of the yard, under a tree, filled with leaves, rudder and tab frozen hard to port and not looking very attractive. Ian felt she was sound and pronounced her to be “shockingly original!” After some very lengthy negotiations with the Italian owner, we made a deal. Getting the boat out of France turned out to be a bigger adventure than we expected. The Italian owner had “hidden” Victory 83 in France and had not paid taxes.

She had never been registered, so documentation with the USCG was an issue, etc, etc, etc. There are enough stories to fill 3 articles, but in the end we prevailed. We sold the spars to Doug Peterson for use in Gretel (KA-1) and the winches to the Italians so they could turn Azzurra (I-4) into a museum piece. Next we cut off the rudder because we could not free it up and did not want to go in circles. Finally, we put her on a freighter that was diverted due to a major storm, and eventually saw her again in Newport in November, 2007.

Victory 83’s  total refit began with a new cockpit and new everything else. This was done under Jim’s leadership with innovative ideas coming from many different people. In September 2008, we decided to race in the North American Championship even though the work wasn’t 100% complete. We wanted to get a measure of how competitive she was after all the work. We were very pleased with our performance in this first regatta. Since then, the Victory 83 team has done quite well with this fully modernized boat. 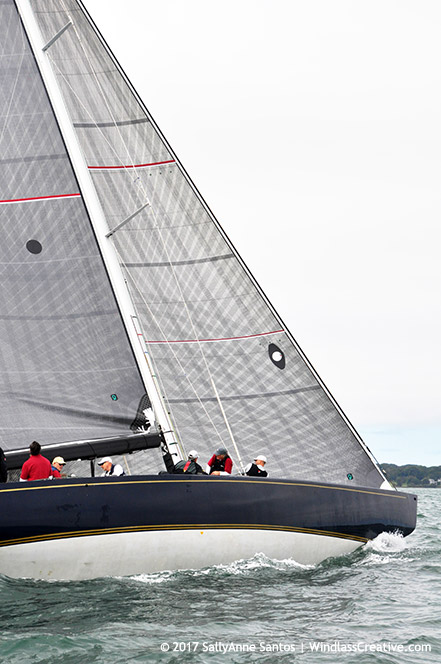 In 2010, I got a call from the wife of Defender’s owner. Sadly, he had passed away and had left the boat to his daughter. She had no use for the boat and wanted to sell. I told he that I already had a 12 metre and didn’t need another, but I would take a look. In 2008, Defender had been rigged and launched and was anchored in the Intracoastal off Palm Beach. When I arrived at the boat, I noticed she was floating a little “deep”. A quick inspection revealed about 2 feet of water in the bilge and a very dead seagull in the cockpit! By comparison, Victory 83 was pristine when we found her compared to Defender. This was a real “fixer-upper.”

It was clear to me that Defender was either going to sink or get cut up and sold for scrap. Since there are so few of these great boats, Roseanne and I decided we needed to rescue Defender. I called her back and we made a deal. The first step was to have her hauled and shipped back to Newport. We pumped out the water on the tow to Cracker Boy. (We also got rid of the seagull!) When she was hauled, 2 years of marine growth appeared. That’s when I decided to go to lunch and let them deal with the mess. Two hours later, there was a big pile of barnacles, oysters and other unidentified things under the boat. Defender was shipped to Newport and the slow process of repair and updating began. We did confirm my worry that she was not far from sinking.

After the 2016 season, we made the difficult decision to leave Victory 83 in the shed and sail Defender in 2017. In the meantime, we had also picked up USA (US-61) to give us a few bits and pieces we needed to finish Defender. Prior to the first regatta, the crew had only sailed on the boat for an hour or two. They all thought I had gone mad and were debating which insane asylum would be best for me. After the regatta, they couldn’t wait for the next one and had lots of ideas on how to improve the boat. The season has been fun for everyone as we started the revitalization of a boat that hadn’t sailed let alone raced in 23 years! Initially, we had old re-cut sails from Victory and USA. For the North American Championship, we had a new main and 3 new head-sails. We also installed a new rudder, moved the wheels forward and the runners aft to create a more typical layout. The most important outcome from this last regatta is that we convinced ourselves that with these changes and additions, Defender is as competitive as Victory 83. The rescue mission started in 2010 has proven worthwhile.

Dennis Williams at the helm of Defender, 2017.

As I  have said many times to many people, we are the caretakers of these great boats. Our obligation is to leave them better than we found them. We are looking for a buyer for either Victory 83 or Defender to continue building the Modern Division. Victory 83 is a fully modernized, proven winner. Just add water! Defender still needs a little more work to bring her to that same level of modernization and to optimize her competitiveness. We are also hopeful that the Grand Prix fleet will start to grow like the Moderns and that USA will be part of that effort.

I am confident new owners will have the same passion as the current owners and that the 12 metre era of the America’s Cup history will continue to prosper. – DW.

2 thoughts on “A Tale of Two Boats”

Happy Thanksgiving from 12 Metre Yacht Club. We hope everyone has a wonderful holiday! 🦃
A wonderful shot of Weatherly! Thank you @scotttrauth for sharing!